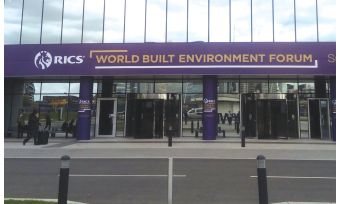 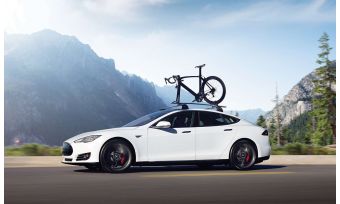 The third annual RICS World Built Environment Forum (WBEF) Summit was held at the Intercontinental Hotel at the O2, North Greenwich, London on 23-24 April. It attracted over a thousand delegates from the property profession.

The event was a combination of keynote speakers and panel sessions ably facilitated by Chinese broadcaster James Chau, who introduced the speakers and transformed questions from the audience into a logical sequence.

Tesla – A Company with Vision

There were morning and afternoon plenary sessions together with breakout sessions. The highlight of day one was a talk by J. B. Straubel, co-founder and CTO of Tesla. By the end of his talk, one was wondering whether Tesla was the result of incredibly insightful planning or pure luck. Who would have thought that development of a short run of electric cars in 2008 could lead to an organisation which looks set to transform the world we live in – achieving things of which governments seem incapable.

In truth, it seems more likely that Tesla has created its own luck. The challenge was surely to sell electric cars to the rich and famous at a time when the only electric vehicles in existence were milk floats and golf buggies. The insight must have been the idea of tapping into the desire for the rich to be altruistic in their indulgences and, by persuading them to buy, making the concept of electric vehicles fashionable for the rest of us. Only a few years later, and Tesla, we were told, outsell mainstream luxury vehicles in the USA.

Often you come across companies with a vision which seems banal, but Tesla’s is a genuine desire to transform our planet and a belief that it can be done. Climate change could justifiably be a cause for severe depression, but Tesla is a reason to be cheerful. One would not happen without the other.

The success of Tesla has been dependent upon the development of Li-Ion batteries and they, of course, need charging. The latest Tesla can run for 315 miles before needing a recharge. To most people, this would seem to be a major problem, but to Tesla the solution was simple – build (a) a method of charging quickly and (b) charging points across the country for their customers. Charging can be achieved in about 40 minutes and charging points are at 80-100 mile intervals across the USA. What do people do while charging their cars? They go to a restaurant - and so one business leads to another.

Having developed battery technology for cars, Tesla also took on the problem of storage for power generated from solar panels by buying a company that installed the panels and developed software to manage supply and demand. In most US states, the cost of generating solar power is now cheaper than buying from the grid. The company has even got involved in power generation for the grid and installed a huge back-up battery system for South Australia.

Beyond energy efficiency, the company has also considered recycling. As Straubel said, the batteries contain all the same materials at the end of their lives as when they were first manufactured and so nothing is lost in recycling.

What did this all have to do with the property profession? The direct answer is probably ‘not a lot’, but Tesla embodies principles to which all should aspire.

The main focus of the event was cities because the global trend is towards urbanisation and megacities – conglomerations of cities, like the eastern seaboard of the United States. They will grow not just due to global population growth but also through migration, with each group of migrants bringing with them their culture and attitudes. In this sense, the success of a city is reflected in its attractiveness and therefore the cost of living. One speaker suggested that cities will become more important than countries and cited the influence of cities at the Paris climate change conference as evidence. In a world where it is increasingly easy to communicate remotely, the demand for and power of meeting face to face is still paramount. As resources become scarcer, the economy will have to become ever more circular with efficient recycling of materials back to their original use.

Summarising a number of speakers, tomorrow’s world will involve the ‘gig’ economy, sharing, co-working and automation and a blurring of the line between work and home. There was frankly nothing new in this but there is plenty to ponder. Will we be working from home, as individuals or dispersed teams, at corporate offices as physical teams or co-working, or in glorified Wi-Fi connected coffee shops? Presumably, it will be a question of efficiency. For jobs involving production line manufacturing, working at home will not be possible, but then robots already do this work and they don’t have homes to go to. For the retail sector, workers have to be in contact with their customers, but in this sector, shops are being replaced by the internet with the goods being delivered by white vans and motorbikes, which before long could be autonomous vans, but probably not motorbikes!

On the second day, a speaker from Vienna told delegates about the city’s efforts to reduce car use. The city introduced an annual public transport ticket, costing €365. It was extraordinarily successful in reducing the number of private vehicles. Another speaker made the point that, in a rapidly changing world it is difficult to plan decades ahead taking in technology which has barely been invented. Stockholm installed an open fibre network which has enabled 99.2% of the population to be connected with broadband.

There were concerns about data security and privacy for the vast amounts of data being collected and dismay that a minute proportion of the data harvested is currently analysed. The implication was that the data was not being used, which of course is not the case. The assumption was also that all the data collected had to be stored, which also seems non-sensical.

Regarding jobs, the consensus was that there will be fewer and different jobs as business makes greater use of artificial intelligence, drones, robots and other tech, but a warning that this will extend into the professional arena too. Surveyors have to adapt to survive.

The afternoon of the second day was intended to translate all the talk into action. But the actions did not surprise unduly. Speakers stressed the need for strong governance and planning.

Reflecting on the conference, much of what was said was common knowledge and focused on the problems faced by humanity and the value of attending for most delegates was the opportunity to ‘network’. The discussion was at a high level and yet it felt as though strategy was evolving to make commercial use of technology rather than starting with a problem, for example, ‘how do we make the world sustainable?’ and then using technology to solve the problem.

The irony is that a private company, Tesla, is doing more for environmental sustainability than the entire US government. Is that a reason for hope or despair?

The Geomatics Profession: Looking Forward to the Next Decade
Join Geomatics World!