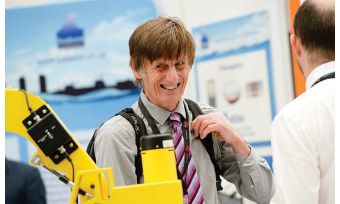 After attending the BIM seminar at GEO Business 2018, Richard Groom takes a personal look at the current state of BIM and how it has progressed. It is ten years or more since we were introduced to BIM. We were wooed by the slick, confident and vibrant presentations and saw a future of collaboration, digital twins and whole life costing. Then there was the mandate for all government construction projects with a value of over £50m to be undertaken using BIM Level 2 from April 2016.

But if BIM was going to solve all our problems and cut costs by X%, surely the market would have made it happen. The reality, of course, was the market was working. It had embraced digital data long before BIM was born. Surveyors were producing 3D digital data in the 1980s. Remember GENIO? Well it’s still being used! Architects were also keen. Again, in the 1980s they were designing digitally and getting better at it as hardware and software improved.

BIM was introduced because there was a perception that engineering and construction was inefficient. The idea was to replicate the efficiency gains of the manufacturing sector. And sure enough, the greatest efficiency gains have come from the use of prefabrication of modular units in factories. Robots (currently) work better indoors than on a building site. But is prefabrication a result of BIM or is BIM simply reflecting reality?

The problem is not so much with design and construction as with what happens when the asset is handed over. Capital works are traditionally seen as distinct from operations and maintenance. When the infrastructure is handed over the contractor hands over his as-builts, submits his final invoice and disperses his team to their next projects. That is not going to ensure the best quality data, and BIM which stops at Level 2 does not address the issue.

Furthermore, it is a lot more difficult to ensure a digital product is up to scratch than a physical product. It also has to be maintained to ensure the data is still readable and that future site changes are recorded and tie in with existing data. When a project is handed over, the project data has to become the asset data and often that will mean merging it with other asset data.

Then there is the question as to who will hold the data and in what form. Natural instinct is to hand the data over to the owner, but how many owners are going to understand what they are receiving? The owner might not be the same entity as the operator, and the operator will probably be looking for another view of the asset. And both the owner and the operator could change several times during the life of the asset.

The main value of this data is its record of the parts of the asset which have been covered during construction – the utilities in the ceiling void, the steel frame behind the cladding or the constituent core in the earth embankment – and it could be decades before that value is released when, for example, the building is refurbished.

The record will be of the asset at the time of handover, after which there could be deformation of the structure as well as removals and additions. If the structure is hidden, we can only measure it by measuring things that we hope also move because they are attached to it, or by investigative surgery.

The conclusion of this is that for BIM to be effective throughout the asset lifecycle, the geospatial records of the asset have to be controlled and maintained by people who understand their value, importance and limitations. And the obvious candidate for that task is the geospatial surveyor.

This article was originally published in Geomatics World July/August 2018