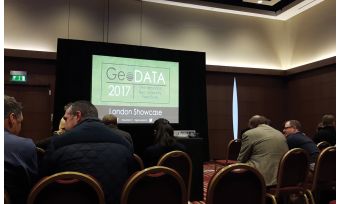 GeoAware hit just the right note with this year’s GeoDATA 2017 London Showcase which took place at the ILEC Conference Centre in West London on 30 November.

It attracted 32 exhibitors and a busy crowd of enthusiastic participants. There is no entry charge for attendees to GeoDATA. It is the exhibitors who pay to be there and so this is an event focused on enabling them to achieve a return on their investment. The seminar slots were all taken by exhibitors who were identified by their company name, to the point that some presenters were not actually introduced. Rather than allowing questions in the seminar room, those wishing to follow up on any points were encouraged to go to the presenter’s stand, affording the opportunity for one-to-one discussions. This helps the exhibitors to cultivate potential customers whilst also ensuring that there were no overruns (or awkward questions) in the seminar rooms.

Don’t Use the Default!

There were few spare seats at the presentations, which were not always sales pitches. For KOREC the advance of geospatial technologies was set against the Gartner hype curve and we were presented with some good news: location-based ‘geographical’ jobs are set to grow by 35% per year. Let’s hope that is not one of Gartner’s ‘inflated expectations’. At the other end of the day, Steven Feldman gave a keynote with fake maps as its theme. He started by asking those in the audience who produce maps, but do not have cartographic or GIS training, to identify themselves. There were surprisingly few hands up. He described the traps waiting for ignorant and incompetent mapmakers and wound up with some intentionally misleading maps. His messages: don’t use the default – particularly for choropleth maps, and make sure your maps don’t mislead. Be particularly wary if the results reinforce what you expected to see, he advised.

GeoXpere produces a medium format aerial camera which fixes onto the exterior of any plane. They claim to fill a gap in the market between UAV and conventional manned aerial survey platforms. Because it is so easy to fix to a platform, there is no need for a bespoke survey aircraft to sit in a hangar for a flying season. You just hire a plane when you need one. Technically, the interesting thing is their use of an advancing circular flight path of oblique photography rather than conventional parallel flight lines of vertical photos. This pattern, we were told, improves the photogrammetric geometry resulting in better city models. Pilots also apparently prefer the challenge of flying in circles as opposed to following straight lines! The cost of this solution is around £500 per km2. They use Skyline’s PhotoMesh photogrammetric processing software.

Skyline also used a presentation slot to show off their SkylineGlobe 3D visualisation software, using a recent project to map Romsey. A UAV flew at 1,300 feet to capture the data with a flight time of two hours. The overall project cost was roughly £3,500 (2 hours fly time = £1,000; Ground Control Points = £500; Amazon Web Services = £500; Photomesh = £1,500). We were then shown the results of a 3D map they were hosting, which seemed to gain the approval of everyone in the room.

Debbie Smith from Bluesky International spoke about their upgraded National Tree Map Version 2. She was happy to report that some of the problems from Version 1 like canopy cover not being clear and shadow problems leading to duplicate trees, had been solved. National datasets and R+D development were used to update and enhance the Tree Map before filtering out buildings, other tall objects and vegetation to create a dataset that was 90% accurate. The presentation concluded by answering the question, what can the dataset be used for? The answer: to find out how green your neighbourhood is, where leaves need to be cleared, worst affected hay fever spots and also to support air pollution studies. Smith hopes that in the future tree species will be integrated into the system.

Mallon Technology talked us through the use of open source multispectral satellite imagery to create a national dataset of wildfire burn scars for the Republic of Ireland. Sentinal-2 and Landsat-8 satellites were used to capture the imagery where 335 burn scars were detected, amounting to over 11,000 hectares across Ireland. Challenges included a limited timeframe, cloud cover, size and storage of data and processing the data in a suitable software system.

A keynote speech ‘Missing Maps: Putting the World’s Vulnerable People on the Map’ was given by Iain Bracknell from 1Spatial. He focussed on the work Missing Maps does and how we can all get involved. Each year, natural disasters kill nearly 100,000 people and many of the places affected are literally ‘missing’ from any map. With the help of volunteers and working with several organisations including the Red Cross and Humanitarian OpenStreetMap, Missing Maps fills in these areas before disaster strikes, so that first responders have more of the data that they need, when they need it. 15 million map edits have been made since Missing Maps started. For more information visit www.missingmaps.org/host

Lee Jones from the British Geological Survey (BGS) informed a capacity audience about Shrink-swell. Shrinking and swelling of the ground is one of the most damaging geohazards in Britain. Many soils contain clay minerals that absorb water when wet (making them swell), and lose water as they dry (making them shrink) causing the ground to crack and in extreme cases collapse. Shrink-swell has cost the UK Government £7 billion over the past 25 years. He then demonstrated the answer - BGS GeoSure: Shrink-swell 3D layer which models vulnerable areas. A recent update gives greater depths than previously possible and also in 3D. Using the software to detect problem areas before they become hazardous could save the government billions in the long run.

Getmapping has bought a Leica Pegasus:Two mobile mapping system. The company has been using it to scan the road network in London boroughs. Their system has seven cameras and two laser scanners. They claim an absolute accuracy of 20mm without ground control, by which they mean that 66% of points are within 20mm. With ground control, they claim to achieve 10mm. The data is currently being used to map road and cycle lane markings, parking bays and kerbs for use with the Appyparking parking app, but they also have their eyes on the provision of data for autonomous vehicles.

MGISS gave a presentation on GNSS and mass collection of data using “multiple non-survey operatives”. The talk was also aimed at non-technical clients. The operatives use ‘wearable’ Arrow GNSS receivers and the company supplies solutions with the objective of satisfying the accuracy required by the client using as seamless a workflow as possible. They explained accuracy in terms of the position of assets in relation to each other. In other words, the objective is for the assets to appear to be in the correct place, relative to the map background and each other.

On a similar theme, David Crowther from Cadline shared some insights into utilising open source GIS interoperability to maximise data sharing across project teams. The tool he focused on was PostGIS database. He showed how you could maintain spatial layers via QGIS desktop, and view your data onsite via mobile-compliant webGIS. The system now works in real-time and updates all connected software at the same time to avoid any miscommunication.

Topcon spoke about UAVs and, to their credit, only used images of quarries in connection with topographical surveying. They reported that the cost of obtaining standard CAA permission to fly UAVs is now £1000 and that improving battery life is making UAVs more attractive. They stressed the importance of getting the right drone. It was such a joy to listen to a professionally competent presentation on UAVs.

A speaker from Aligned Assets presented a history of Augmented Reality (AR) products and how they are used. A video on each product was shown including the Google AR Core, Apple AR Kit, Microsoft HoloLens, Daqri Smart Helmet and of course the Symphony AR from Aligned Assets, which he explained could be used for security, boundary awareness, symbol recognition and more. It can also be used with any pair of Smart Glasses and this was where the speaker thought the future of AR lay.

GeoPlace’s talk from Nick Griffiths was all about AddressBase and its role in the 2021 census. Working with ONS (Office of National Statistics) and using data from councils, Royal Mail and Ordnance Survey, AddressBase is to be used to make sure every household is sent a letter, that postal returns are tracked and to identify where follow-ups are needed. He finished with the question, are we census ready? Yes, but more data is needed (like the type of property etc).

In summary, this was a pleasing day and it is hard to imagine anyone leaving GeoDATA17 disappointed. 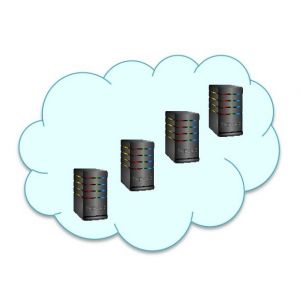 Geoinformation Software as a Service 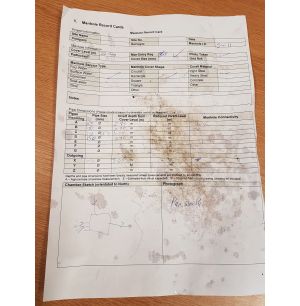 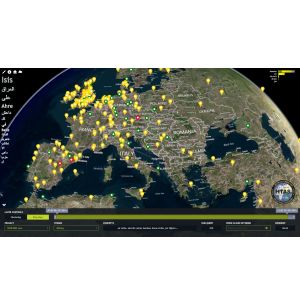