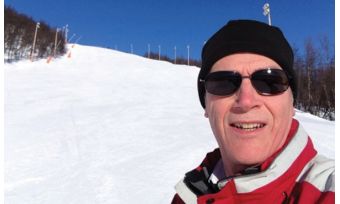 This month the focus is on training, education and encouraging young people to enter our profession. When I was not long into the profession, I remember sitting for my first evening lecture at the RICS HQ to hear that “Cowboys” were companies who didn’t train their staff or maintain the capability of their teams. It caused a bit of a stir, but, as I think back to that time and the intervening years, I have to say that as a definition it has a ring of truth. As professional surveyors we should maintain certain ethical and technical standards, but also ensure that those following are offered and receive the appropriate support, training, encouragement and mentoring for the future.

My early training involved a Kern DKM2 theodolite (www.wild-heerbrugg.com/shop) which I thought was a really nice piece of kit, well made and with a clean design. Recently Lionheart benefitted from the auction sale of a considerable number of interesting surveying instruments, calculators and books. I’m pleased a good amount was raised and I’d like to give a big thank you to Nigel Atkinson for his generosity. Also, I’m now reunited with a nice Kern theodolite!

Training, as part of an educational course, as well as on the job gained experiences, is fundamental for surveyors and although we see many instances of new tools, methods and systems, we must not lose sight that data needs to be collected, validated and checked to create a trusted and reliable data set. Simply collecting more data points is not necessarily going to work. So, the UK Trailblazer apprenticeships of which I’ve mentioned several times are a great opportunity, despite the changed framework set by government regarding some of the funding and claims process. I believe it’s vital we take this opportunity and get as many surveyors and spatial data young people enrolled as possible. With the rate of change in technology and the ever-shifting markets we can’t afford to miss a generation.

The oceans have been getting some attention of late and it’s been encouraging to see that the FIG/IHO/ICA International Board for the Standards of Competence of Hydrographic Surveyors and Nautical Cartographers have updated and issued new S-5 and S-8 Category A and B standards of Competency (www.iho.int/iho_pubs/IHO_Download.htm). These should prove useful for the legions of surveyors and survey systems that are being considered for the current GEBCO (General Bathymetric Chart of the Oceans) 2030 initiative. With pressure on our seas and oceans from land-based pollution, illegal fishing and climate change in some form almost everywhere, GEBCO aims to survey the world’s oceans systematically by 2030 (www.gebco.net/about_us/seabed2030_project). The Shell sponsored Ocean Discovery XPrize has funded research on this. The final 9 Shell Ocean Discovery XPrize teams are now to battle it out on a demonstration later this year (https://oceandiscovery.xprize.org). The new technologies are urgently required to support the plans and it now puts many of the resources we already have to good use, so as to gather as much data and develop a better understanding of our last great unknown here on earth. What an exciting adventure for the very many undergraduate and post graduate students, young engineers and surveyors who have been involved and inspired so far. Let’s hope they continue the work to map our oceans for the good of all.

With the end of term approaching, The Survey School (the only dedicated survey school in the UK) will again conclude by giving out awards/prizes to its students, only made possible with the dedication of the staff, the TSA, and sponsorship from Hexagon, Topcon & Trimble. The TSA and CICES have long supported and offered prizes and I’m pleased to announce that the RICS are also now doing the same.

Finally, I had some interesting discussions with a few of my colleagues about the future of surveying and what data collection might be like in ten years. Will it all be automated robotic scanning units set up statically and dynamically offering digital transactions or will we still be involved in data collection, ensuring data quality, maintaining databases and the delivery of results to a client along with some analysis? I have to say we didn’t get to a proper conclusion, but what did emerge was that it is probably a question best aimed at some of our younger professionals. It seems they will have the ability to build on what technologies we have now and see a future based on existing, new and emerging technologies. I hope this edition of GW will help us all promote the profession and offer pathways for young surveyors to develop and we must continue to encourage them to do so. Well, we don’t want to be seen as Cowboys! 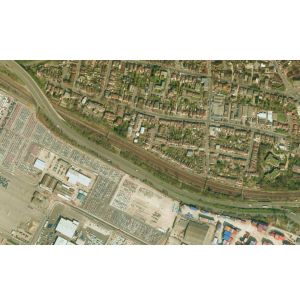