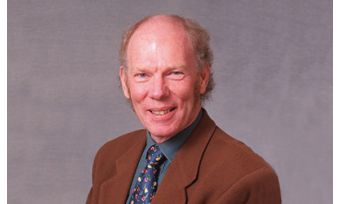 The theme of this issue of Geomatics World is GNSS. Geodesy was once very much in the domain of surveyors but today the use of satellite data for positioning is ubiquitous and with 95% of the population owning a smart phone, most of them will be using GNSS, even if they don't know it, and it is essential for autonomous vehicles. As well as its use by the general public, GNSS is an essential tool for geospatial surveyors as demonstrated in the articles on highway construction and canal maintenance. GNSS is also necessary for operating drones and mobile mapping systems. We tend to take this for granted, but as Mark Greaves reminds us in his article, the infrastructure has to be maintained and failure to do this could be disastrous.

GW tries to keep readers informed on all aspects of technical developments but of course there are many publications and websites which do the same thing. The winter issue of The Ranger, the journal of the Defence Surveyors' Association, has an extensive article about Galileo. Following on from the last issue of GW, RICS members may have seen two articles on 3D in the Land Journal for June/July. Ian McGuinness reports on how a 3D model of London allows an analysis of roof levels to reveal the potential for new builds in voids without having an impact on London's skyline. On the same issue, Michal Konicek argues that partnerships between authorities and modelling companies could help solve some of the issues which restrict greater use of 3D models, such as cost, standards and competition. Also relevant to the last issue of GW is the report from Richard Groom in which he summarises some of the papers published in the FIG Proceedings which cover GNSS and 3D cadastres, he also reports on the Digital Built Environment conference where there was more questioning discussion on BIM.

Whilst thinking of other publications, a special issue of the ISPRS Journal of photogrammetry and Remote Sensing comes to mind. This is on the theme of Sustainable Development Goals (SDGs) and reminds us that geomatics has an important role to play in improving the lives of less well off citizens around the globe. The topics covered by this special issue include disaster management (see the work of MapAction) and Sustainable Cities and Communities (see Smart Cities). The next issue of GW will have the theme of Land Administration and will deal with some of these topics.

Continuing the theme of GNSS, we also include an article on the development of ED50, the first common datum for the European continent. This includes some fascinating information on how the allies obtained German geodetic information and maps at the end of World War II. We would be interested to hear of any UK involvement in this operation. The Ranger is also a good source of historical information.

We also include a report on the increasing use of interferometric SAR (InSAR) which is reinforced by the news item on a land motion map of the UK, which we will follow up in the next issue of GW.

In conclusion, we must also note the political dimension GNSS because the type of service which can be received from Galileo in the United Kingdom may be restricted after Brexit. It is ironic that one of the reasons for developing Galileo was to give Europe independence from GPS, now, unless the UK builds its own GNSS, we will still be dependent on systems outside of our direct control. Negotiations are still taking place and the outcome is uncertain, but the Prime Minister has stated that in the event of no agreement with the EU, the UK will build its own GNSS system. 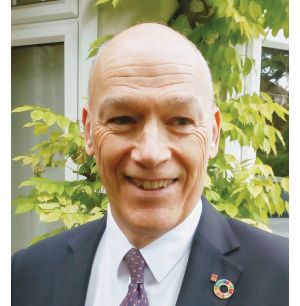