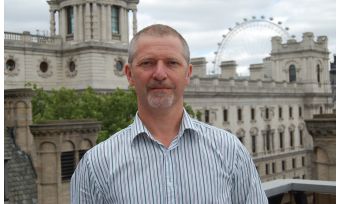 Summer is here, the long balmy evenings are being enjoyed, BBQ’s are fizzling out and the World Cup is back at last. Spring is traditionally a very busy period for RICS and this spring was no exception. Hopefully this column will give you some insight into where, with who and how RICS Geomatics has been engaged with the UK and the wider world.

The main ‘event’ for the global surveying profession was without any doubt the quadrennial FIG congress which was held in the Istanbul, Turkey during early May. FIG has been organising international conferences since its foundation in 1878 and Istanbul was the latest city to host. I found it to be a wonderful city, and for many centuries it was considered the greatest city in the world and the site of two major empires. Istanbul spans Europe and Asia and a record attendance of over 1,000 professional surveyors enjoyed several days of assemblies, workshops, lectures, paper sessions, special events and of course, it being Istanbul, an extensive social programme. The entire event was very ably organised by the Turkish Chamber of Survey and Cadastre Engineers (HKMO) and their conference chairman Dr Orhan Ercan. There were 100 professional and technical sessions over four days with 400 papers presented, 10 Commission meetings, 11 special sessions with FIG partners World Bank, UN-Habitat/GLTN and UN FAO, 3 pre-events, 2 sub-events, 63 technical sessions, 3 FIG corporate sponsor sessions, 4 plenary sessions and 3 ‘Inspirational’ sessions. All papers and proceedings can be found at www.fig.net/fig2018/. There was also an exhibition with a very lively and busy atmosphere. The overall theme of the congress was ‘Embracing our smart world where the continents connect: enhancing the geospatial maturity of societies and this was reflected in the four plenary sessions:

RICS was very heavily involved in numerous sessions starting with the pre-congress special workshop on BIM. FIG is a relative newcomer to the intricacies of BIM but we can see several member organisations and nations starting to realise the potential of geospatial data and BIM technology. Myself and Barry Gleeson (RICS & Network Rail) presented to a group of over 50 delegates (a very good turnout) with several regions (Africa) and nations (Portugal, Germany, Czech Republic) expressing a strong desire to engage further. I would highly commend this session, several excellent technical papers can be found at www.fig.net/fig2018/bim.htm. The BIM session also included a wonderful evening and a technical visit to Istanbul’s 3rd Airport project (the largest in the world and a heavy adopter of BIM & geospatial technologies). We also asked delegates to place their national flags on the ‘Gartner Hype Curve’ (a bit of fun but a good indication of where we think we are even if the reality is very different). My congratulations to the organiser Christian Clemen (Germany) - a very successful event.

Before any more technical sessions, a little politics. RICS had a very strong delegation in attendance and we were delighted to see:

RICS was also very pleased to see Rudolf Staiger (DVW – Germany) elected as the new FIG president with sincere commiserations to a very able contender in Brian Coutts (NZIS). But the shock of the week was Cape Town (SA) winning the vote for the 2022 congress over the mighty Orlando (USA). The vote was close but Cape Town and the entire South African delegation ran a masterclass campaign during the week of the Istanbul congress.

FIG is a broad church and traditionally features excellent technical sessions. From the opening plenaries, Prof Ali Parsa (RAU UK) was particularly strong on the 4th industrial revolution and the impact on urban development. Ali also highlighted the recent RICS Insight paper on Future cities & Big data (www.rics.org/uk/knowledge/research/insights/big-data-smart-cities-intelligent-buildings--surveying-in-a-digital-world/), and former RICS president SeeLian Ong gave a keynote on Tuesday 8 May on ICMS (International Construction Standards). There were technical sessions on hydrographic survey (Gordon Johnston), geodesy, laser scanning, engineering survey etc and fire safety (from Gary Strong). The week had something for everyone.

The FIG Young Surveyors continued their inexorable rise with several wonderful sessions with RICS representative Nigel Sellers taking the stage and presenting on important RICS publications such as Conflicts of Interest and the new Anti-Money Laundering professional statements. Ethics and professional practice were also of great interest.

Several new delegates had their maiden FIG presentations with Alan Muse offering up a vision for commission 10 via video (a first) and Fiona Mannix presenting on the complexities of ecosystem and natural value. Several issues kept on coming up in various guises – the ongoing debate on ‘Fit for Purpose’ surveying and land administration – an opportunity or a threat? The advance of Blockchain, UAV usage, ethics, automated valuation systems, open data, international standards and photogrammetry’s return from the dead.

Of numerous highlights, I would commend the sessions and papers (the post conference online resource is enormous):

These sessions should give you a brief insight into the depth of information, expertise and knowledge of FIG but there is also much more available online at www.fig.net/fig2018/.

RICS has re-engineered our delegation for the next 4 year period with an emphasis on bringing Commissions 7 (land admin), 8 (spatial planning) & 9 (valuation) a little closer together.

RICS was involved in a joint launch with UN Habitat/GLTN and FIG of two important publications on valuation of unregistered land. RICS has been working on a very large global research project focussed on informal land markets in Peru, Ghana & Indonesia, the empirical evidence gathered was then used by GLTN as a basis for its own guide on valuation of unregistered land. This was a very important launch event, linking directly into International Land Measurement Standards (ILMS) and fair compensation/taxation initiatives. Geospatial information is at the heart of large scale infrastructural development but there are also numerous other issues of great importance such as the land acquisition, valuation and compensation process. Land administration strengths and weaknesses are also key as is access to basic land data. The UN and World Bank are very concerned by these issues as they tend to destabilise entire regions and can lead to violent conflict. The RICS Research report can be sourced at www.rics.org/uk/knowledge/research/research-reports/valuing-unregistered-land/.

ILMS is reaching a critical stage in its development, with the ‘exposure draft’ consultation now open until 31 Dec (https://consultations.intstandards.org/consult.ti/ilms/consultationHome) and another major milestone event successfully navigated.

ILMS has had great support from FIG and many of its constituent professional surveying associations and has been building momentum during the last few months (especially since the World Bank Land conference March 2018). ILMS was featured during a technical session on Wed 9 May, presented to the FIG Global Regional Bodies Group (Asean, Americas, Europe, Africa, Asia, Middle East, Oceania) and debated at a special ILMS Trustees meeting on Thurs 10 May. The ILMS Trustees (34) then continued the debate into the evening. ILMS has come a long way since the inaugural meeting at FAO Rome June 2016 and the standard itself is developing into something that can be easily adopted and implemented in some of the regions of the world that most desperately need a consistent, robust and transparent format for land transfer. ILMS concentrates its firepower on 7 major, essential elements for land transfer during acquisition. It is this robustness that has attracted the attention and interest of technology experts in Blockchain, land assembly software specialists, land and gender specialists, UN Habitat, World Bank and many others who are concerned with issues of mass land acquisition, corruption, transparency and fair compensation. ILMS has also been shown to enable sustainable, basic land taxation and its flexibility in taking ‘informal’ forms of land data and highlighted the associated risk means it can be used in basic land valuation activities/ ILMS is integrated into the new UN Habitat guides on valuation of unregistered land and was featured during a special joint session with UN & FIG on informal land issues. This session also saw the release of the ground breaking RICS Research, Valuing Unregistered Land. ILMS always benefits from being put on stage, in the full glare of our global peers and being debated and critiqued. Not something for the retiring or shy but a powerful way to gain market insight and penetration.

As a World Bank economist recently stated when alluding to global land titling projects (many costing millions of dollars) - ‘The issue is that we have been trying to put Ferrari engines into tractors’, ILMS is ‘a tractor engine for a tractor’. ILMS has opened many doors for RICS and given us a seat at tables where we previously had not been invited.

RICS has a long and historic association with FIG (we were a founding member in the late 19th century) and FIG 2018 was a great opportunity to meet colleagues and related professional associations from across the globe, to re-establish relationships and to build on historic alliances. FIG Istanbul was an outstanding success and looks like it should have a very strong 4 year period.

The brilliant Geo Business 2018 is featured elsewhere in this journal but just a quick few words on its Irish cousin Survey Ireland 2018. Survey Ireland is building momentum after the crash of 2008-12 and was held in Dunboyne Castle, Co. Meath on 30 May. Now organised by SCSi (Irish Society of Chartered Surveyors), a very good turnout heard excellent presentations from Colin Bray (OSI), Ray Murphy, Niamh O Reilly (DIT Dublin), Dr John McCarthy (Arup), Michael Durnin (Murphy surveys) and several more. A highlight was the final session on Beyond 2022, a virtual reality rebuilding of the Irish public records office that was destroyed during the Irish Civil war in 1922 https://beyond2022.ie/.

Have a wonderful summer and remember that evening lectures start again in October 2018. 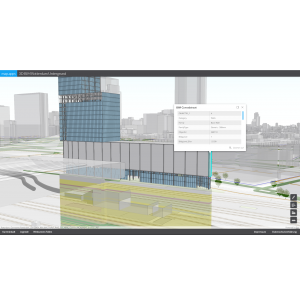 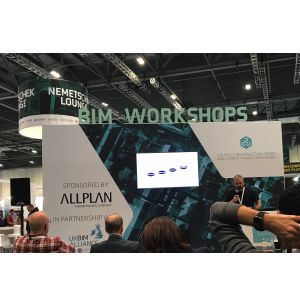