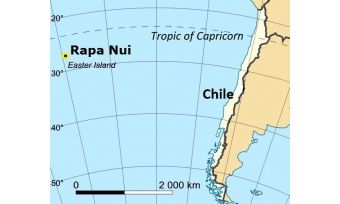 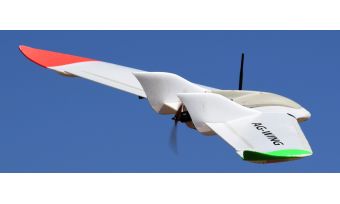 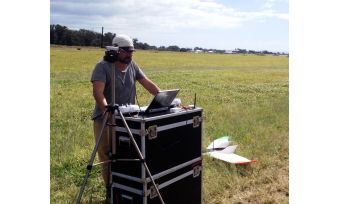 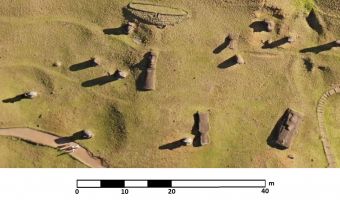 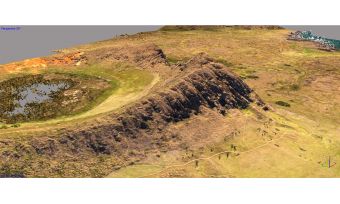 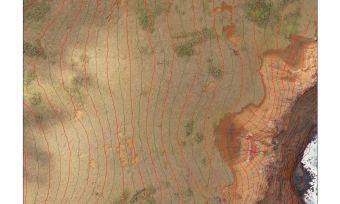 Unmanned aerial systems (UASs) can be easily transported and this beneficial feature is ideal for photogrammetric surveys of remote spaces. Rapa Nui (Easter Island), the most isolated inhabited place on the planet, took UAS photogrammetry to the limit because of cloud cover, windy weather conditions and the vast size of the island. The resulting orthoimagery and digital surface models will support archaeological documentation and research. The archaeological features will be archived in a single, detailed database. The authors discuss this exciting and challenging adventure.

The existence of Rapa Nui was first recorded in European annals by Jacob Roggeveen. The Dutch admiral set foot on the island on Easter Sunday in 1722, and so it was baptised Easter Island (Isla de Pascua in Spanish). The photogrammetric UAS survey concerning the capture of the entire island of Rapa Nui was aimed at the creation of a comprehensive database for supporting a variety of tasks, including environmental protection, risk assessment of natural hazards and heritage documentation. The images will also support the identification and classification of all archaeological features distributed over the island. The project has been initiated by the Chilean Council of National Monuments (DIBAM) and financed by the Undersecretary of Regional and Administrative Development (SUBDERE).

This will mark the first time that all cultural heritage objects of the island are documented in a single, detailed and complete database. Added to this, the integration of map data and digital surface model (DSM) with data on land use, hydrology, geomorphology and other data available will support the standardisation of the future archaeological investigations of the island. Standardisation is a wish of the Chilean Council of National Monuments, particularly because systematisation of the research efforts is important for the protection of the island’s cultural heritage and for maintenance measures to preserve the monuments. A comprehensive database containing detailed and precise information on the layout of the island and the distribution of its monuments will enable visual inspection to prioritise conservation of statues, archaelogical remains and other heritage objects. These efforts require long-term planning and the geodata collected by photogrammetric means will provide the essential, underlying source data.

Belonging to the territory of Chile, the island of Rapa Nui is located in the middle of the Pacific Ocean and covers 164 square kilometres (Figure 1). Its maximum altitude is 507 metres. The island has a tropical rainforest climate with the lowest temperatures occurring in July and August and the highest ones in February. Its isolated location exposes the island to winds which help to keep the temperature fairly cool. The UAS needed to withstand the constant September winds blowing over the island, ranging in strength from 14km/h to 25km/h. Furthermore, the size of the island required a UAS which could cover long distances in one and the same flight. As a result, a fixed-wing UAS was chosen, specifically the AG-Wing (Figure 2). Some basic features of the fixed-wing UAS are shown in Table 1. The UAS was provided and operated by the manufacturer IDETEC. Another climatological limitation was the presence of clouds at around 500m above ground level. To enable flying underneath the clouds, the cameras were equipped with wide angle lenses of focal length 24mm and 35mm.

The aerial survey was conducted in September 2015. The capture of the entire island took two operators using two UASs simultaneously for ten days in total. The flights were remotely controlled and monitored using one ground control station (Figure 3). During 52 flights, each with a path length of 25km to 28km, 21,840 images in total were recorded with an along-track overlap of 90% and an across-track overlap of 70%. The ground sampling distance (GSD) of the images was 12cm. All images were free of clouds. For conducting aerotriangulation necessary for georeferencing the images, 67 ground control point (GCPs) were measured with double frequency GNSS in static mode, resulting in a planar precision of better than 5cm and a height precision of 10cm. After aerotriangulation the root mean square error (RMSE) appeared to be 3.6cm and the GSD error 0.77.

Aerotriangulation of the 20,000-plus images and the subsequent creation of a DSM, orthoimages and a digital map at scale 1:500 were performed with the software package Agisoft PhotoScan Pro. Figure 4 shows a small part of the orthomosaic created of the entire island. The resulting DSM contains 11 points per square metre. From the point cloud, two raster DSMs were compiled: a so-called standard model with a grid spacing of 56cm and a high-resolution model with a grid spacing of 30cm. Figure 5 shows two parts of the digital landscape model created by superimposing the orthomosaic over the digital surface model. Figure 6 shows a part of the digital map consisting of the orthomosaic superimposed with contour lines. The processing from imagery to end products could be completed within 50 working days by one operator using two workstations simultaneously.

To ensure the continuity of the survey and to guarantee high-quality radiometry and geometry of the images, the UAS platforms required permanent maintenance while the inertial measurement unit (IMU) had to be calibrated regularly. In general, these precautions have to be taken whenever one captures large, isolated areas such as Rapa Nui. In order to cope with shadows from clouds or poor lighting conditions which frequently occur in the island’s unstable weather conditions, more flights and more images were taken than would be necessary when capturing smaller areas. In order to capture areas within a radius of seven kilometres around the launch site, 16 launch and landing sites were selected that were well distributed over the island. Because the terrain conditions around the launch sites differed, the flight planning could not be done in the office but instead had to be carried out on-site while in the field.

Thanks are due to CAMN (Comisión Asesora de Monumentos Rapa Nui), CONAF, DIBAM-CMN, CODEIPA and DGAC for granting authorisation, cooperation and local support for conducting the fieldwork.

Biography of the Authors

Pablo Norambuena is general manager of Edáfica, an environmental, photogrammetric and land consulting company. He is responsible for the surveys and investigations at local and regional scale in Chile and Peru. E-mail: pablo.norambuena@edafica.cl

Juan Sainz is founder, president and CEO of IDETEC Unmanned Systems, a company with a decade of expertise in UASs and developing systems and services for the civilian market. E-mail: jfsainz.jr@idetec-uas.com 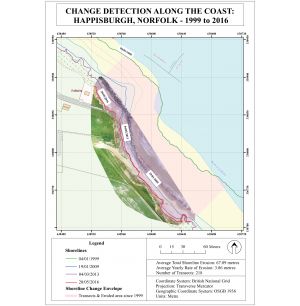 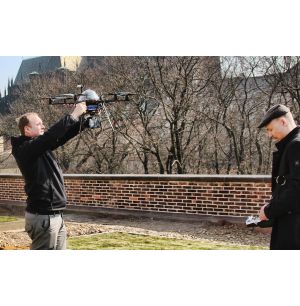 Modelling Prague Castle with a UAS 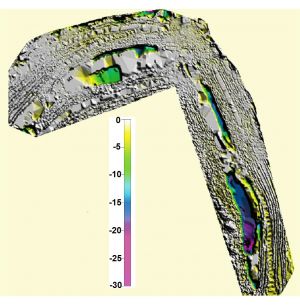 UAS in the Andes
Latest article