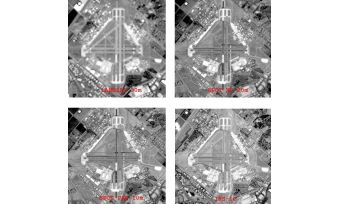 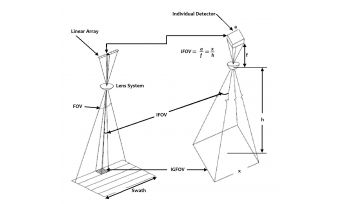 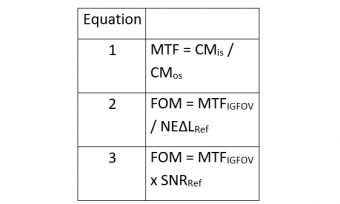 Earth observation (EO) from space is important for resource monitoring and management. The performance of optical EO sensors is determined by four resolutions: spatial, spectral, radiometric and temporal. In this article, focusing on spatial resolution and manufacturers’ specifications, the author issues a wake-up call to users – encouraging them to better understand the abilities of EO sensors for object recognition – and provides a means to compare their performance.

The instantaneous field of view (IFOV) is an angular measure and determines the footprint from which an individual detector, usually a charge coupled device (CCD) element, captures radiance. The footprint is thus the projection of a single detector on the ground through the lens system. Manufacturers call it spatial resolution, but instantaneous geometric field of view (IGFOV) would be a better term. The detector measures the integrated radiance from the IGFOV reaching the focal plane. IGFOV is also called ‘resolution element’/pixel, although there is a slight difference between both. Pixel (picture element) is the smallest unit of a digital image which is assigned brightness and colour. Its size does not necessarily equal IGFOV, since pixels can be generated by resampling the original data. For example, an image from a sensor with an IGFOV of 6.25m collects four samples over a distance of 25m. During postprocessing this may be resampled to 5m resulting in five pixels over 25m. Manufacturers call the resampled distance the ground sample distance (GSD). The IFOV characterizes the sensor, irrespective of the altitude of the platform. The field of view (FOV) is the total view angle that defines the swath. So, the spatial resolution of 20m for SPOT HRV means that each CCD element collects radiance from a ground area of 20mx20m.

Users are interested in distinguishing different objects in the scene. For them, spatial resolution refers to identifying adjacent objects with different reflectance/emittance in the scene. When the resolution of a SPOT HRV is 20m, one intuitively assumes that the size of the smallest identifiable object is 20m. However, not all footprints of 20mx20m are identifiable in SPOT imagery. On the other hand, one may identify high-contrast objects smaller than the IGFOV, such as roads and railways, because of their linear structure. Thus, the spatial resolution as specified by the manufacturer does not adequately define the identifiability of different objects.

An object can only be distinguished from its surroundings if there is a brightness or colour difference – called contrast – between them. The greater the contrast, which is the difference in the digital numbers (DN) of an object and its surroundings, the easier the object can be distinguished. For example, a white ball on a green lawn can be distinguished more easily than a green ball on a green lawn. A minimum contrast, called the contrast threshold, is required to detect an object. To compare targets with different illumination levels, the contrast is normalized with total illumination; this is called contrast modulation (CM). Sensor characteristics, atmosphere, platform jitter and many other factors reduce contrast. The modulation transfer function (MTF) expresses the reduction in CM from object space to image space: MTF equals CM in image space (CMis) divided by CM in object space (CMos) (see Equation 1 in Table 1). The MTF is a critical performance parameter of the sensor, but it only partially determines the identifiability of an object.

Noise is produced by detectors, electronics and digitization, amongst other things. To recognize an object, the radiance difference between the object and its surroundings should produce a signal which is discernible from the noise. This is called radiometric resolution, which is the smallest radiance difference that can be detected by the sensor. At the sensor, it is represented as the noise-equivalent radiance change (NEΔL). This is defined as the change in the input radiance which gives a signal output equal to the root mean square (RMS) of the noise at that signal level. If the signal generated from the radiance difference between the target and its surroundings is less than NEΔL, distinguishing an object is like looking for a needle in a haystack. The higher the radiometric resolution, the more sensitive a sensor is to detect small differences in the reflected or emitted energy. Radiometric resolution depends on the signal-to-noise ratio (SNR), the saturation radiance setting and the number of quantization bits. In general, a sensor with a higher SNR can better distinguish an object. Radiometric resolution is often confused with the number of quantization bits. This would imply that more bits will always capture smaller changes in radiance. This is not true (Joseph, 2020). Nevertheless, the more bits there are, the better the dynamic range is, which is advantageous when sensors need to cover the entire Earth from very dark areas (such as sea surfaces) to very bright areas (such as glaciers) without changing system gain settings.

A fair comparison of object detectability in images of various EO sensors operating in the visible and near-infrared spectral bands requires a Figure of Merit (FOM). Users expect high target-discrimination capability, which means that the sensor can discriminate small objects with a low radiance difference. From the above discussion it can be inferred that target-discrimination capability depends on the object contrast, the MTF and the noise-equivalent radiance. To minimally reduce object space contrast during imaging, one should choose a sensor that gives the highest MTF. One would also want detection of small radiance changes, which requires a sensor with a high radiometric resolution (lowest value for NEΔL). An FOM which combines minimal loss of object space contrast and detection of small radiance changes is the ratio of MTF at IGFOV to noise-equivalent radiance at a defined reference radiance level. Since SNR can be dependent on the input radiance, it is necessary to specify a reference level (Ref) for NEΔL. Reference radiance at 90% and 10% of saturation value could be adopted. For sensors operating in the thermal band, the temperature difference (NEΔT) is generally expressed at 300K. The FOM is given as in Equation 2 in Table 1. To make FOM independent of units, one may use the SNR value at the reference radiance instead of radiometric resolution. Since the system with the highest SNR has better performance, the FOM can be rewritten as in Equation 3 in Table 1.

The above is only one aspect of understanding EO sensor specifications. Other aspects can be found in:

Joseph, G. (2020) How to Specify an Electro-optical Earth Observation Camera? A Review of the Terminologies Used and its Interpretation. Journal of the Indian Society of Remote Sensing, 48: 171" 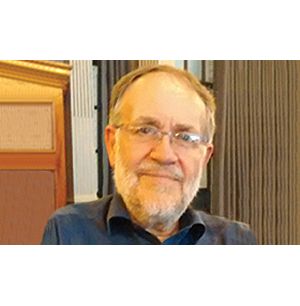 All Change Ahead, So Where’s the Prosecco? 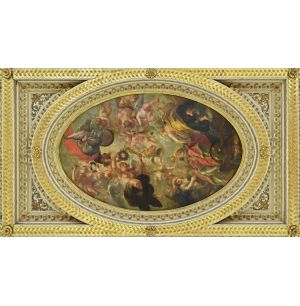 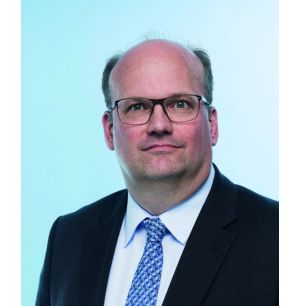