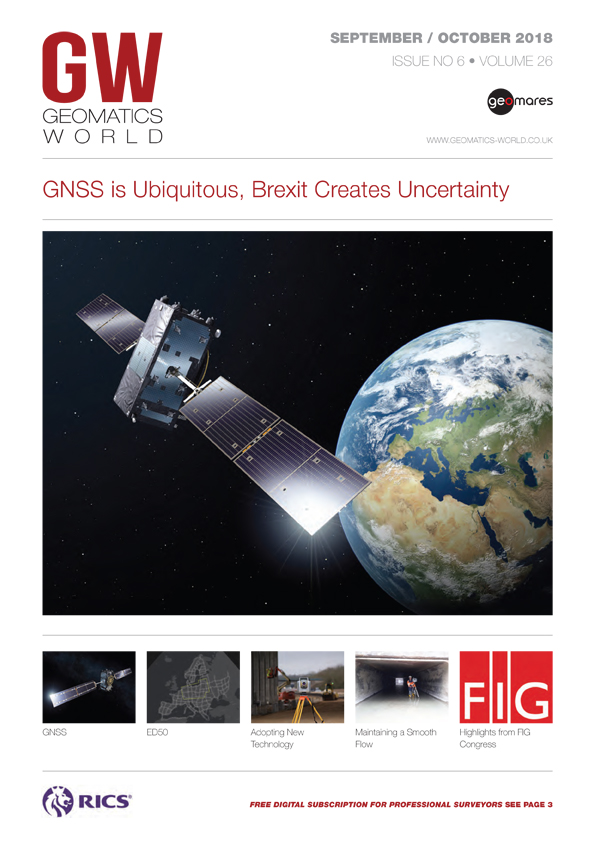 In this issue, Mark Greaves from Ordnance Survey describes the development of OS Net and looks at other geodetic issues; Simon Kettle looks at how the European datum of 1950 became the de facto standard after World War II; we have a case study from the A14 Cambridge to Huntingdon Highway Project described by Mark Lawton; a look at how Bavarian Surveyors used a multi-pronged approach to support critical infrastructure for maintenance; and Pankaj Singh describes the deployment of SAR in the space sector market, particularly on account of the challenges in monitoring climate change and other environmental factors.

Also, we have reports from TechXLR8 and the Digital Built Environment Conference held on 21 June in London by Richard Groom who also summarises some of the interesting papers from the FIG Congress focussing on GNSS, 3D Cadastre and more.

Plus, all the regular news & columns!